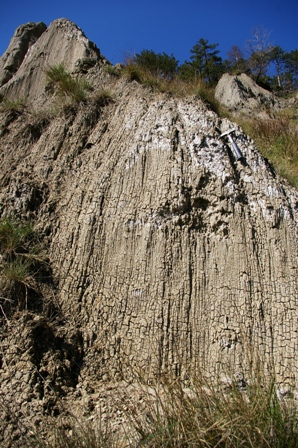 “White horizon” archaeological units consisting of carbonate concretions occur in the archaeological settlement of “Orovački vinogradi”, located near Bjelovar (NW Croatia). During archaeological excavation these horizons were considered to be the inhabitation-levels within the historical layering profile. Further sedimentological and mineralogical research and comparison of the profile with an anthropogenically unaffected site nearby (“Ciglenska strana”) required re-evaluation of this interpretation. These horizons of carbonate concretions are interpreted as the result of diagenetic processes developed within the Upper Pontian sequence of sands, clayey sands and sandstones. A sedimentary-diagenetic model is suggested for their formation. These results had consequences for the archaeological evaluation of the settlement and influenced further investigations at the locality.